Tech and Incumbent Industries: How AI is Making an Impact 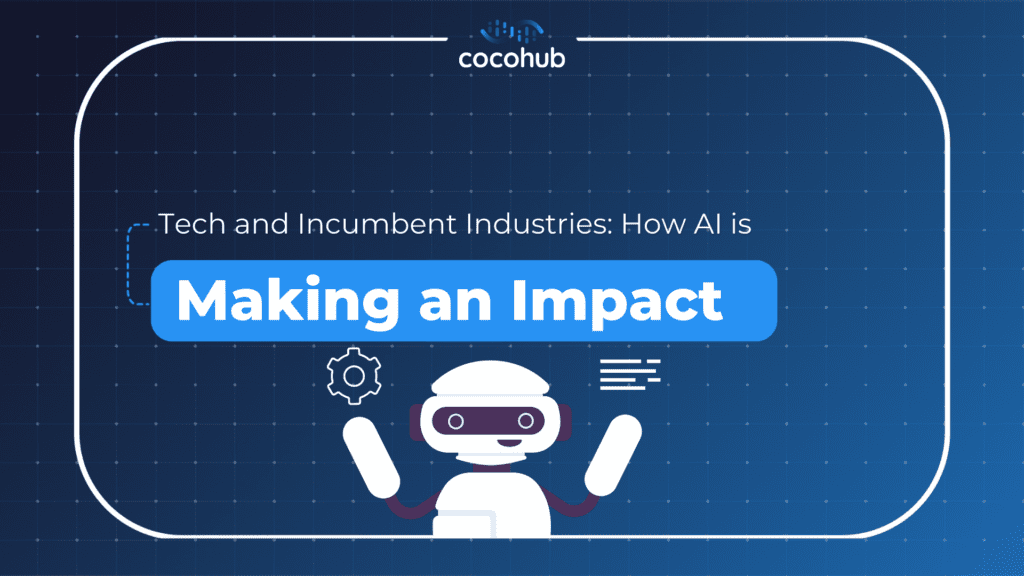 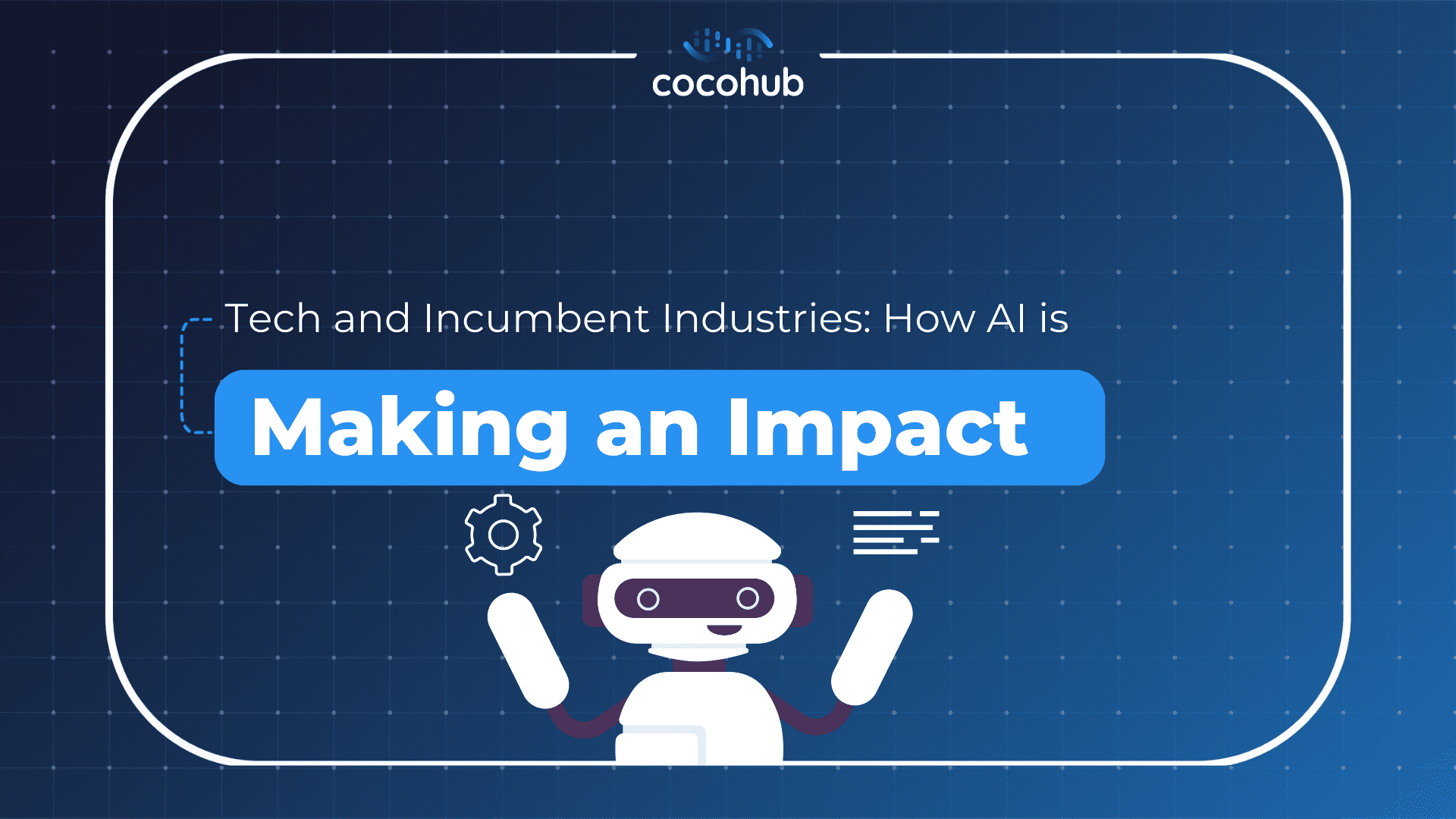 Artificial intelligence has grown at a rapid pace. It started many decades ago when the term was first coined, and scientists began thinking about the possibilities. The progress was slow initially, but in the last few years, new advancements have come one after the other rather quickly.

Now, we have different subsets of AI that try to achieve this technology’s end goal of creating artificial human consciousness. Some of these subsets are machine learning, neural networks, and computer vision. Read below to know more about how they work and how they impact leading industries.

Machine learning is one of the most trendy subsets of artificial intelligence. It allows machines to learn as a human would. Machines can do the tasks you programmed them for, but they cannot do anything beyond that. With machine learning, however, they can automatically learn how to do a task and improve with practice.

The way engineers make this possible is by trying to emulate how we learn when we are kids. They create a model of inputs and outcomes that a machine can look through and memorize. With time, they are able to look at an input that wasn’t in the model and accurately assign an outcome.

For example, on social media, you get friend suggestions all the time, which is done through machine learning. These suggestions are based on all the data the platforms have on you— what you like, what profiles you visit, or what places you have been to recently.

The conversational AI and chatbots glossary
Bots with an agenda: how to humanize your atbot
From Pokemon to breakup: Greg Bennett talks Conversational AI

Deep learning is a type of machine learning that mimics even more how a human brain works. There are other subsets inside this area, like neural networks. The main difference is that the machine learning algorithm has to provide a model and a set of rules the machine has to follow to know how the model works. On the other hand, a machine with deep learning capabilities can receive a model and figure out on its own how to analyze it.

To simplify, let’s say we have a bunch of images of tennis balls and baseballs and we want a computer to be able to differentiate between the two. The model with which we will train the computer has many sets of data; each set has an image and a selection of a tennis ball or a baseball.

In machine learning, we also have to give the machine the characteristics or rules that differentiate the two types of balls. However, with deep learning, we provide only the model to the machine, and it is able to estimate on its own what are the differences between the two balls and how to identify them.

Image by Comfreak from Pixabay

Computer vision is the study of programming machines that can see and understand what they are seeing. This is so ingrained in our brain that it is difficult for us to see it as a problem and try to solve it. After all, even toddlers can identify objects after being told a couple of times what they are.

However, it wasn’t until a few years ago that this technology really reached a point where it could have practical applications. Many computer vision software programs can now see videos or images and identify objects, people, and animals in real-time. For example, it is what allows autonomous cars to see what it has in front of it.

What Impact Is Artificial intelligence Having?

One of the more common applications of AI in automotive is driving features. Many new car models come with driving features that enhance the driver experience. Driver-assist or Tesla’s autopilot features are powered by AI. Right now, it is taking the copilot sit by giving warnings and tips to the driver, but soon, it could completely take over the role of the driver.

Autonomous cars not only use computer vision but also machine learning to learn how to react to every situation. One of the main benefits of introducing this technology in the industry is the increase in safety that it promises. Not only for the drivers but for people in other cars and pedestrians.

Autonomous cars can respond much faster than a human brain. A human takes a couple of seconds to see an animal or pedestrian suddenly crossing the road and pull the brake. This technology could potentially reduce the 1.35 million car accidents that happen every year worldwide.

The most popular use of AI in healthcare is on the end-user side; the health apps that many of us are fond of using. Now, you have tons of options in applications both in your smartphone or wearable devices to help you manage your health. It can be tracking your physical activity, heart rate, or calories burn; all the data enables you to see better how you can improve your health.

These applications use AI to give the users visualizations of their data and allow them to make better-informed decisions. It has other more impactful uses like enabling doctors to make early detections of diseases like cancer with 99 percent accuracy. This is just the tip of the iceberg because AI in the future could be making the discoveries of new cures for us.

Education is an industry with a lot of room for improvement. One of the significant issues that it has had for some time is the lack of personalized or differentiated learning. It is hard for one teacher to manage 30 children and then be expected to provide an individualized education for each of them.

AI software can make a massive impact by allowing the creation of digital platforms that can adapt to each student’s needs. Many of these platforms are already being used around the world. For example, Duolingo is an excellent example of an AI-driven learning platform. It can adapt to the student’s learning pace, and it makes lessons harder if it sees that they are too easy for the user.

The bottom line for artificial intelligence

Artificial intelligence is a really advanced technology that is changing everything about our society. In 50 years, we will probably see this time as a fourth industrial revolution. AI can make things possible that we didn’t imagine before, from autonomous cars to early disease detection. And this is just what we have accomplished so far, but with new advancements, new limits will be crossed.

Artur Meyster is the CTO of Career Karma (YC W19), an online marketplace that matches career switchers with coding bootcamps. He is also the host of the Breaking Into Startups podcast, which features people with non-traditional backgrounds who broke into tech.
https://twitter.com/arturmeyster
https://www.linkedin.com/in/meyster