Rebecca Evanhoe: “Context is the most important thing for a voice bot” 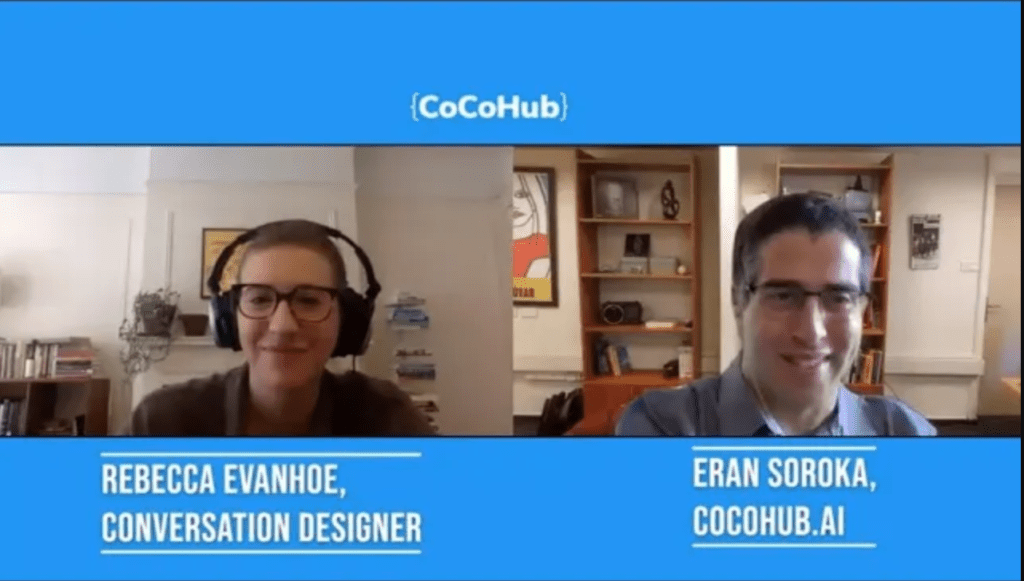 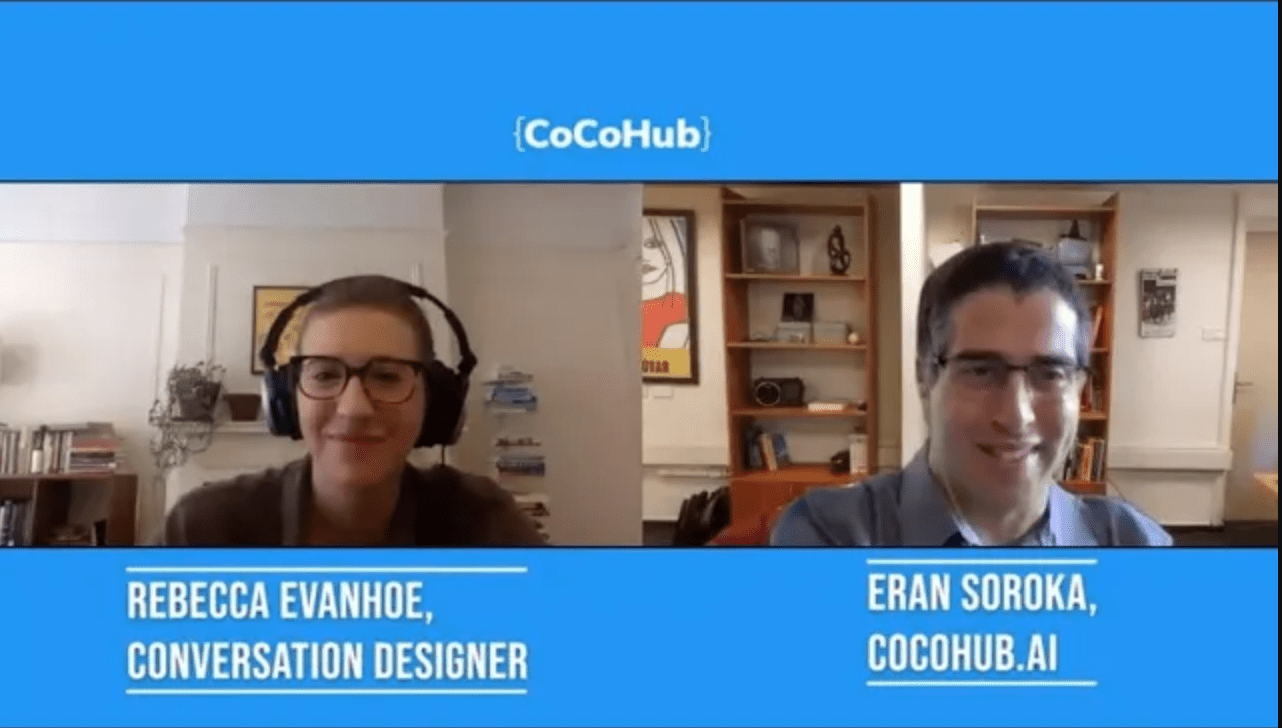 We’re approaching the end of August and the beginning of September – which regularly means one thing: It’s BACK TO SCHOOL time! Well, this year with the COVID-19, it’s more challenging, but nevertheless, we got a real teacher for this episode of Taking Turns: Rebecca Evanhoe. She entered the conversational AI market before chatbots boomed – back in 2012 – and today she’s an independent conversational designer, whose Skills made were featured on TV and helped multiple companies. She joined us from Brooklyn, NY to talk about different aspects of her work, the importance of context – and her life as a lecturer at Pratt Institute.

The fun story is that I sat next to somebody on an airplane and that’s how I got into the industry. But the longer story is I was living in Gainesville, Florida and met the CEO of a start-up. He was working on a conversational product and I was supposed to work for them for 2 weeks -just kind of helping them with writing for these interfaces – and ended up working for them for 5 years. So it was a pretty fateful airplane ride, but I’ve been a conversation designer for about 9 years now.

DID YOU KNOW THAT OUR CONVERSATIONAL COMPONENTS ARE COMPATIBLE WITH FACEBOOK MESSENGER TOO? THAT’S HOW YOU DO IT

• how can conversational AI help the industry of remote learning, that boomed during the Coronavirus era?

We all know that a big change is coming. There are a couple of facets here. There are cases where people can actually learn things from conversational AI interactions. Whether that’s an Alexa skill, like “1-2-3 Math” where kids can actually practice their math skills; the other kind of angle is people learning how to build conversational AI through programs like BotMock or VoiceFlow, as a way to learn basics of coding and tech industry skills.

There’s also the teacher’s perspective. There are some people who are who are kind of early champions in this space, I’ve using it as a teaching tool, but I think it’s still pretty early days.

• WHAT’S THE bot or SKILL YOU’RE MOST PROUD OF?

But the best use case was for a company that made software that helped people with fleets of trucks, manage those trucks. So like they had software that was tracking how much gas the trucks were using and what the cost was and looking for a regular patterns of normalities in the gas usage. And so we made a skill for fleet managers who are always on the go, like not in traditional offices, to be able to check in on those things with their phone through an Alexa skill. So that was the use case that I thought actually really helped a lot of people.

• WHAT’S THE ONE THING EVERY VOICE ASSISTANT MUST HAVE, IN YOUR OPINION?

The word that our industry loves is context. It’s really important for, whether it’s a virtual assistant or a chatbot to be able to determine as much about the users’ context as possible. Whether that’s through asking questions to determine that or whether it’s through data that you can get like their location if they’re at home, if they’re in their car, if they’re on their phone versus a smart speaker because those sorts of things can really change how the interaction should go and it can indicate in many ways what a person is more likely to need.

• WHAT SIMILARITIES ARE THERE BETWEEN BEING A CONVERSATION DESIGNER AND BEING A TEACHER?

That’s interesting, so that’s a great question. When you design a conversation and when you’re teaching, you’re looking to your users for feedback, right? You’re looking to them to get confirmation that the transaction that you’re trying to have is taking place. Also in teaching you have to consider context a lot too. My teaching changed this past semester quite drastically. We went from the first 2 months in person to the last 3 months, which were completely virtual. So there’s similar context considerations as well.

• TELL US ABOUT AN AWKWARD, AMAZING OR SURPRISING THING THAT HAPPENED TO YOU DURING YOUR WORK.

Every conversation designer probably has funny stories about what I’d call “a false positive” – which is, when somebody says something and the experience turns up an answer that’s unexpected. I’ve had some of those in medical contexts: I built a bunch of virtual patient characters that you’d sort of interview, so they were basically like a chatbot on the back end, but the interaction was supposed to mimic like a nurse talking to a patient.

And we’d ask something about ‘how was your day’ and then we might have a false positive where the virtual patient somehow gets mixed up and says ‘oh, it really burns when I pee’ or something like that. Just these really awkward, very surprising ‘out of left field’ things, those would happen from time to time.

One thing is – follow people on LinkedIn and Twitter who are doing stuff in the field. That’s because our community is really good about reposting webinars, podcasts, conversations like this one. There are also a ton of classes that you can take outside of any program. Some of them are free and some aren’t, but those tend to be higher value and more Hands-On learning. So self-educating is one.

In terms of getting that first job? A lot of times smaller companies are looking for enthusiastic people who can also wear a lot of hats. So I found that – like in my case – find a start-up that’s looking for someone to do a piece of the puzzle. Then, if you can demonstrate your value and if you’re a team player, your role can really expand. So that tends to be a good entry point for a lot of people.

• You’re teaching conversation design nowadays in Pratt Institute. how challenging is it to transfer this knowledge to the next generation?

It’s a pretty easy thing to get students excited about conversation design. The students that I teach are going to Pratt to get a graduate degree in UX. And so lucky for me, they’re already really interested in technology and design. So they’re super enthusiastic and very well prepared to take the course. Outside of Pratt, people are just so curious about these technologies, it’s pretty easy to get people interested.